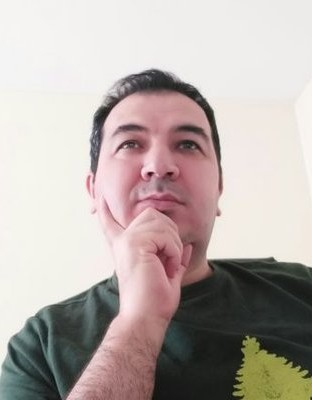 The more I learn, the more I realize I don’t know. (Albert Einstein)

Once upon a time, you might have had at arrogant aggressive collages, who cover their frustrations with aggression, finding yourself in the feeling of “never be part of anything which they are in”.

Arrogance is an offensive display of superiority and self-importance. It destroys professionalism by reducing the individual’s ability to think for himself or herself, making empathy for others difficult and removing the checks and balances of self-doubt.[1]

So why are people are arrogant? It is a mask hiding various types of states: It is a way to fill the inner emptiness with a big ego, actually, which makes them a slave of their own ego. Also, it is a way to cover up insecurity and frustration.

Personally, I don’t know anyone who likes arrogant people. They are not being more appreciated, not more admired, on the contrary, people dislike them.

I believe that it is one of the worst things in the business to have arrogant. They cause a tremendous amount of discord in the workplace. They ignore others and separate themselves from others, and pull down the energy level of the people.

Let’s consider developers’ arrogance, generally, they cannot learn from others, they reject it. They even don’t listen to others. They are very rude in discussions, which they make it go nowhere. So, in this situation, who is the looser? In the team, they hurt the team spirit. They are a kind of obstacle slowing down the team to reach the goal. To put it short, their damage is to both themselves and the team.

How to deal with arrogant

The belief of that you have to be arrogant to survive in an arrogant world is nothing but adding fuel to the fire. Considering it is more likely related to inner problems of the arrogant, responding with the arrogance only makes you another arrogant, nothing more. It doesn’t help to solve the problem with the only exception that the arrogant may feel seeing himself in the mirror. But it is very hard to see it in a negative response. Being cool and sedate or being confident in silence help more.

If you feel arrogant

When you feel arrogant,  here is the motto: Treat others as you would wish to be treated yourself. Think you’re just human, ordinary mortal human. Be sure, somewhere, there is a better professional than you, and also he/she is smarter and more genius than you.

Breaking of arrogance starts with seeing it and knowing it. The people around you and feeling of something is wrong with you somewhere inside you may hint. Accepting and seeing the truth of that we are at the same level of importance as others is a cure for arrogance.

The feeling you have when you see the greatness of your work and your thought should not lead to arrogance, you should be thankful to have that gift, keeping in mind that it is given to you to use in benefit of humans.

If you look at life, you can also easily see every extraordinary thing given to the human is supposed to be used in benefit of others and if he uses it for himself, like arrogance, he pays a lot for it. So, even if you are gifted, there is no excuse for being arrogant.

Arrogants are knocked out sooner or later, without any exception. One day, they find themselves brought down to the floor. This is how it works. You can easily find many instances of this situation in history. A lot of giants vanished because of their unwarranted arrogance.

Humility, or being humble, is the defining characteristic of an unpretentious and modest person, someone who does not think that he or she is better or more important than others. Because the concept of humility addresses intrinsic self-worth, it is emphasized in the realm of religious practice and ethics where the notion is often made more precise and extensive.[3]

The dignity of the knowledge and wisdom requires humility, which is one of the greater virtues one of the most appreciated personal qualities. Its absence is a direct obstacle to communication; and can generate enemies, so it’s a necessary social behaviour and part of being professional.

Humility comes with being aware of your strengths, weaknesses and abilities. This also gives you the ability to approach situations in a superior way. Extreme humility [4] is a nice example for it.

Humility is more useful in problem-solving; you don’t trust your self blindly and fail and blame other people or other things for failure. To put in another way, you will find that you are much more open to opportunities to learn and improve the project you are working on.

Humble people are a lot more pleasant and easy to work with. They don’t make their superiority an issue, they don’t always know better, they listen and respect and value others’ ideas.

Arragont developers! You’re killing what you’ve done and your team’s work. You are not being more appreciated, not more admired, on the contrary, you are losing them. Your ego keeps you from being a great developer. The more humble you are, the faster you’ll improve. So, why arrogance?

Developers! Know your strengths, your weaknesses, know what you know and what you don’t. Be open to communication, listen to others, respect people. Be confident about yourself, but never ever be arrogant. Knowing yourself, your capabilities and inabilities lead you to a way for improving your skills.

Everybody can make mistakes, everybody can write code in poor quality, but the virtue is to admit it and learn from them.

Managers! Even you may be in a dazzling position, but it does not require to be arrogant. First of all, never ever be arrogant. And do not hire arrogant people. If you have any between your employees, give a bit time to them for recovering themselves from arrogance and also help them in doing that, if they still persist, get rid of them. Value confidence. Never forget your team is very important.

Verify details of argument passed to the mocked object A Collection of Lessons Learned From My Last Decade on Software Development.